The District encompasses 42 square miles of land and over 20 miles of shoreline and canals. This land continues to experience rapid growth. Several existing arterial and collector roads have been widened, increasing capacity and easing congestion, fueling the development seen over the past ten years. The District’s location, with easy access to the beaches and islands, continues to attract residential and commercial development. Much of this growth can be attributed to the Lee County Comprehensive Plan, which sets residential density and commercial intensity, throughout the unincorporated Lee County. The Future Land Use Map of the County’s plan targets the Iona-McGregor area for some of the most intense growth in Lee County, with opportunities for single and multi-family residential, commercial, institutional, and industrial uses. It is anticipated that portions of the District will approach build out by 2020 and some of the older (pre 1980) developments will begin to re-develop taking advantage of a higher end market that seeks a combination of quick beach access and closeness to urban services. This area will remain primarily residential with retail uses located at the major intersections.

The Iona-McGregor Fire District’s population has grown considerably since 1990, when there were 49,977 people estimated to live within its boundaries. The growth appears to be even more dramatic when one considers that in 1965, there were 5,000 people estimated to live within the District. Today it is projected that there are about 76,000 residents and approximately 35,000 households. During the seasonal months, the population of the District increases considerably to over 100,000 + residents (not including vacationers). 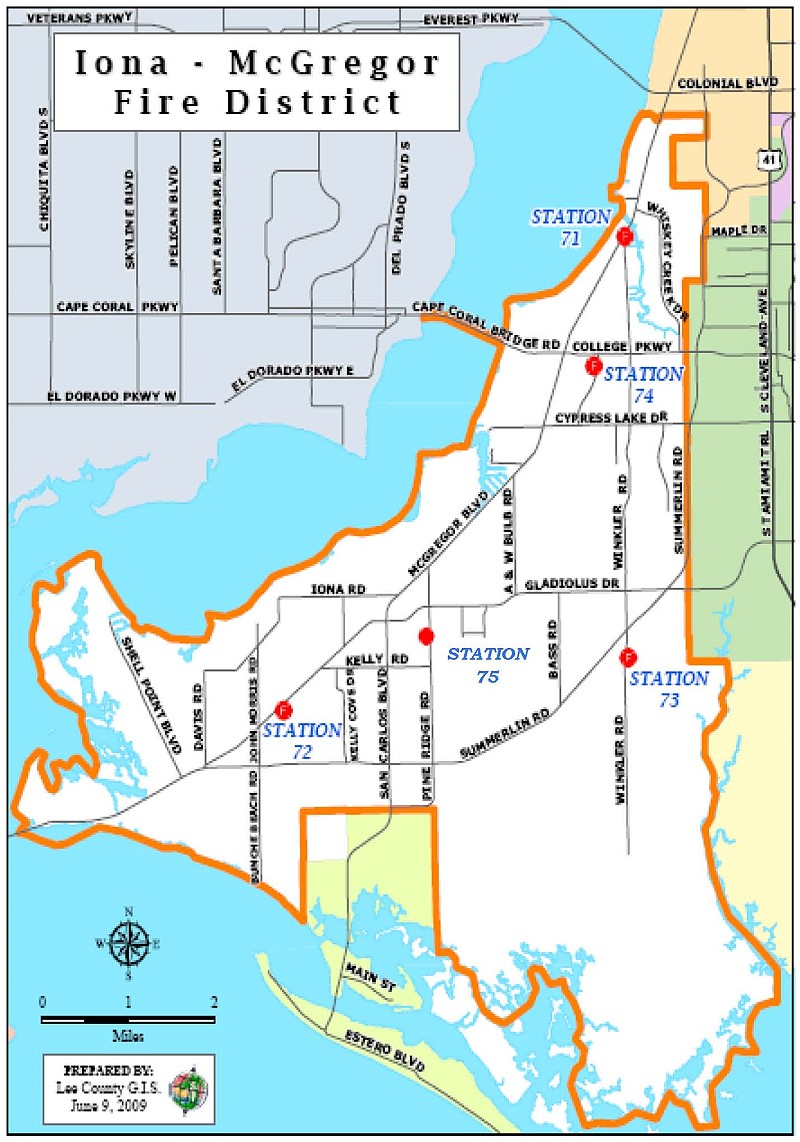 A review of the service calls for the 2015-2016 fiscal year (Oct. 1 – Sept. 30) shows some increase from the previous fiscal year of 11,000 to 11,600. The main source of calls, medical, remains to be the majority at an average of 6500 calls. Following at 4000 +/- calls are general types to include hazardous conditions, service or good intent, false alarms, weather, or special types of calls. Rescue calls are in third place with approximately 800 calls and fires/explosions are fourth with 200 calls. We attribute our low fire call volume to proactive Fire Prevention / Public Education Division. All commercial, industrial businesses and multi-family residential buildings are inspected annually which keeps our community buildings safe and up to current codes.

The District is divided into 5 zones with a station in each. The zones vary with population and density of homes and businesses. Each station is adequately staffed with personnel and apparatus to respond to the call volume it responds to.

The following are the average number of calls each station, the current staffing, and the apparatus housed there: